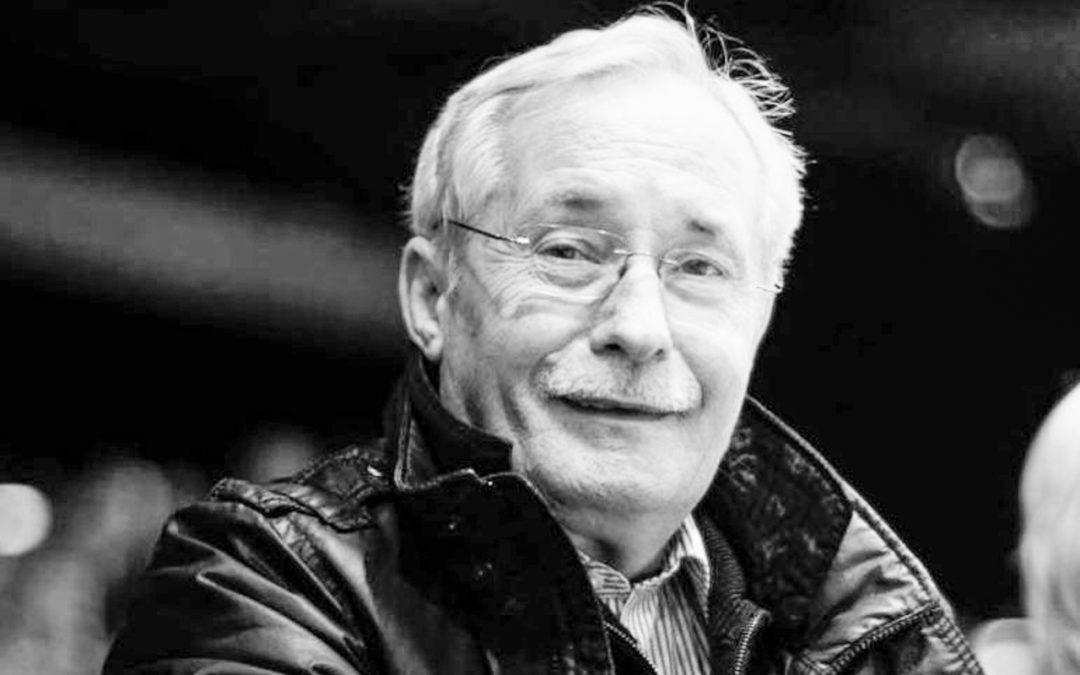 The VZAP is mourning its president Wolfgang Eberhardt. He died suddenly on Sunday, 27 October 2019.  He was only 71 years old.  Our association has lost a person who in a very extraordinary and unique way volunteered for his office, and we owe him more than could be said in plain words; even in difficult situations he never lost his good humour.  We are very grateful to Wolfgang Eberhardt for his enormous engagement which he afforded for many years to the Association of Breeders and Friends of the Arab Horse.  We are painfully aware what we are going to miss with the death of Wolfgang Eberhardt.  We mourn together with Sylvie Eberhardt who lost her husband.

Still in September many of our members and also guests from all over the world could experience Wolfgang Eberhardt in his element at the ANC.  For many years, he had organized the All Nations Cup, one of the world’s most prestigious Arab shows.  Every year Wolfgang Eberhardt spent many hours on this event.  Days before the ANC he was already in Aachen and took care of every detail himself.  If he could have been in several places at once, he would have done so.  There was no detail he did not know, nothing was too small not to take care of personally.  Also the gala-evening was shaped by Wolfgang Eberhardt when the VZAP celebrated its 70-years anniversary at the end of September in Aachen.  Wolfgang Eberhardt’s name will always be remembered by the ANC.

This applies also to the VZAP.  Wolfgang Eberhardt was always there when his accociation needed him urgently.  He became chairman in 2005 when the accociation financially came into troubled water, and he consolidated the problematic situation within a short space of time, not only by personal but also financial effort.  In 2010 he left the chair but continued untiring as ANC manager and made the event, sponsored essentially by our association, year after year a big success.  In 2014 it was easy to convince Wolfgang Eberhardt that the VZAP, closely attached to the board, should found a financial task force.  Wolfgang Eberhardt, efficient as always, and a small team steared the association into safe waters again, and in 2015 in an extraordinary membership meeting he accepted again the top office of our association.  In 2018, during regular elections for the board, he was unanimously confirmed by the members in his office.

Wolfgang Eberhardt has done a lot more than could be expected from the office of chairman.  During recent years, since the VZAP has a managing director no more, he also took care of the operative business of our association.  Week for week he spent many hours on that.  At any time he could be reached by our staff of the office in Seelze, but also any member could contact him if necessary.  He traveled thousends of kilometres on behalf of our association, without ever asking for travel expenses.

“it is all abour our Arab horses” Wolfgang Eberhardt used to say and did what was necessary, without taking care of himself.  “Regards to your horse”, was another sentence which could be heard from him frequently.  Thereby he was commemorating his old friend Holger Heck, when after his death in the 90ies he had founded the unforgettable project “Arabian Future”, which in the meantime even had subsidiaries in neigbouring countries.  The periodical “Arabische Faszination”, appearing five times a year, is sold second-hand even today.

Wolfgang Eberhardt has never been forgotten as spokesman and co-organizer of hundreds of shows for Arab horses in Germany and beyond.

To the last, Dr. Hans-Joachim Nagel the honorary chairman of VZAP and chairman for many years of the All Nations Cup Committee, was a close companion and paternal friend and advisor to Wolfgang Eberhardt.

For almost 20 years, until 1998, Wolfgang Eberhardt was together with his wife Sylvie an active breeder.  The stud farm “Katr El Nada” brought amongst others Masoud Sohn KEN Asam, born in 1987, from which KEN Amal (Mohafez x Hanan) came.  KEN Asam not only won Championates and Reserve Championates at shows but he also was overall winner at the last stately stallion inspection at Darmstadt-Kranichstein in 1989.

That he did not continue to breed, Wolfgang Eberhardt always regretted but considered this quite favourable for his presidency.  To put horses in the lime-light regardless of personalities was of utmost importance to him.  And he felt obliged to know that his association was on stable grounds.